The Big Bing Theory: we explain why Bing should have a place in your search engine marketing mix. Google is the undisputed search engine market leader in the US and Europe. But in many markets, a widely underappreciated competitor is now creeping up from behind: Bing, Microsoft’s search engine. This development is very significant for marketers, and we explain why in this blog post. 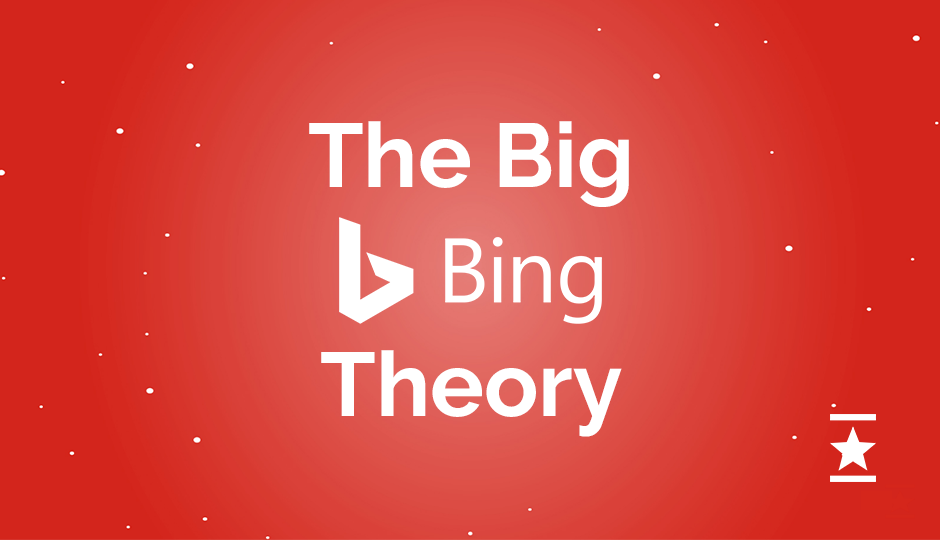 Who "Bings" something when you can "Google" it? “No one!” you might say. That’s why many advertisers ignore Microsoft's search engine Bing – and the figures seem to confirm that they are right. In Switzerland and Germany, Google dominates the search engine market with significantly more than 90% of market share. But when you take a closer look, things are not so simple.

For one, there’s the English-speaking world. According to comScore, the market share of the Bing network (Bing, Yahoo, AOL and their websites) in the US is more than 30% with about 20% in the UK. So search engine advertising operators in these areas cannot overlook Bing. And then there’s the issue of growth: Bing has grown impressively in most markets, even if the total percentages are still quite low. For example, its market share doubled in Germany in 2015, and it had grown to 12.3% by August 2016.

If this trend also continues in smaller European markets, international advertisers in particular should use Microsoft’s search engine in their marketing mix. But what exactly are the benefits of advertising on a Bing network?

The tight integration of Bing into existing and new Microsoft products and the launch of Windows 10 have significantly accelerated user base growth. More specifically, 39% of search engine queries processed by Bing are from the current (Q4 2016) approx. 400 million Windows 10 devices. Microsoft anticipates that a billion Windows 10 devices will be in use by 2018. This should give Bing an even bigger boost.

But that’s not all – Bing also benefits from notable partnerships. The search engine’s results are shown on Yahoo, AOL and partner websites. Apple’s Spotlight search and Siri also rely on Bing, as do Amazon devices. There are further partnerships with Yelp, Twitter, TripAdvisor and LinkedIn, which all contribute to broadening the reach of Bing’s search engine.

In addition to broader reach, Redmond highlights two benefits based on data from comScore qSearch: First, Bing’s target group differs from Google users in several ways. Bing users tend to be older and have higher incomes. Windows is also widely integrated into the business world, and B2B advertisers should start to take notice. This means that the user base has greater purchasing power, and as a result, advertisements on Bing have a higher probability of conversion and average order value.

Second, our experience shows that the costs per click on Bing end up being significantly lower across the board due to less competition. The result? Lower costs per conversion, meaning advertisers can benefit from a greater ROI.

For these reasons, there can be no doubt that although Google dominates the search engine market, substantial segments of your target group probably use Bing. In order to reach these users, you can use Bing as a complement to Google AdWords. This will theoretically bring a higher level of complexity, as well as greater effort. However, DoubleClick Search offers the option of integrating Bing campaigns into the platform, which makes management of complex, international campaigns significantly easier on both search machines.

In short, Bing ads allow you to reach more users with greater purchasing power than Google AdWords alone, slowly increase the number of targeted conversions and thus benefit from better returns on investment.