How to snap the right way and ensure your brand thrives with Snapchat.

With 100 million active daily users, innovative features and a young audience that’s eager to interact, Snapchat is becoming an increasing attractive platform for advertisers. Three impressive success stories demonstrate how companies that incorporate Snapchat into their digital marketing strategy with authentic content can strengthen their brand.

Now that legions of users – 100 million each day – have discovered Snapchat, more advertisers have been jumping on the bandwagon every day since 2015. This certainly reflects how Snapchat is becoming an increasingly interesting advertising platform for companies and brands that are targeting young people. At the same time, Snapchat is aggressively pushing forward with the development of new ad products and launching exciting new features such as sponsored stories, sponsored lenses or product placement in the Discover section of the app. There’s also a lot going on with the integration of Snapchat in content marketing strategies. For example, stories are a way for brands to offer their young target group an exciting glimpse behind the scenes through exclusive snaps of product presentations, company trips and customer events.

Today, many successful international brands can be found on Snapchat. Swiss brands can learn a lot from these Snapchat success stories.

The prestigious British luxury brand Burberry, which has been one of the pioneers in digital marketing for quite some time now, used Snapchat to present its Spring 2016 collection. Its followers could see the action on set during photographer Mario Testino’s shooting of the new collection. The fashion shots were then put up for all Snapchat users for 24 hours. Burberry took advantage of the FOMO (fear of missing out) effect created by the time limit and attracted a lot of interest. The advantage of Snapchat is the immediacy of the pictures and videos, which are posted without major editing just for the moment.

Another impressive example came during the fledgling years of the social network with Audi’s major success in 2014. The goal of the brand was to target millennials during the Super Bowl. In cooperation with the satirical news site The Onion, Audi created a Snapchat story with funny posts that poked fun at the whole hoopla surrounding the big game. And the results were positive – not only did Audi gain more than 10,000 new followers and attract 100,000 views; it also brought in 2,500 new Twitter followers and 9,000 new Facebook fans. The Snapchat campaign generated 30% of total social media buzz for Audi and made the brand the most frequently mentioned car maker during the Super Bowl.

But it’s not just classic consumer brands that can be seen buzzing around on Snapchat; General Electric (GE) can also be seen looking its best on Snapchat. GE hopes to spark enthusiasm for science among young people. The app is used by the American conglomerate, which makes products for industries including energy, medical devices and lighting sectors. In other worlds, Snapchat is part of a long-term employer branding campaign that is targeted at millennials and offers these young users exciting snapshots of the world of science and engineering. The company uses a snap segment called Emoji science as a way for scientists to present experiments and explain scientific concepts.

Snapchat offers brands that are willing to go that bit further great potential for reaching a young, tech-savvy audience. While the platform still only offers limited analytics and advertising opportunities, new features are rapidly being added all the time to make the app even more popular and exciting. These include geofilters, new stickers, animations and lenses. The latest innovation was announced in September 2016 with plans for Snapchat to sell sunglasses equipped with a 10-second video recording feature.

The lenses that make it possible to apply certain filters to faces are especially popular. Each lens is available for a limited time and can currently be sponsored in the USA. For example, a special Snapchat lens was recently launch for the premiere of the new Ghostbusters film. On July 30, 2016, another Snapchat lens was also released to celebrate Harry Potter’s birthday and the new on-stage performance of the story.

Getting over the last hurdle...

One last hurdle remains, however. Unlike Instagram, Facebook or Twitter, developing a Snapchat audience is more difficult because Snapchat does not offer any user or branding profiles. Users must know the user name or Snapcode (a kind of barcode for user profiles) of the brand and manually add to receive updates or follow the stories of a brand. On the other hand, this also means that brands can be highly confident that each new follower has a true interest in the brand. While users encounter brands on a rather superficial level in the case of Instagram stories, Snapchat offers a much better platform for interaction with a brand. In turn, Snapchat is a very suitable supporting social media platform for well-established brands seeking to reach their most important and loyal users.

We offer workshops on Snapchat and can help you incorporate the platform into your digital marketing strategy. Happy Snapping! 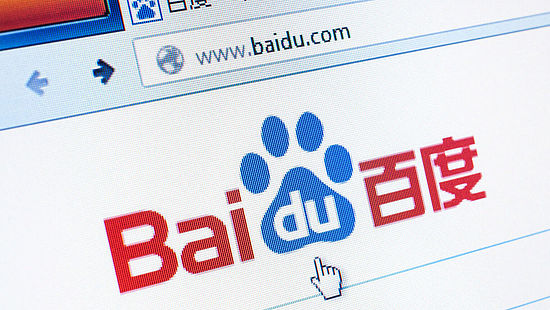 How to snap the right way and ensure your brand thrives with Snapchat.