China is currently experiencing a veritable e-commerce boom. And more and more Swiss consumers are making purchases on Chinese e-commerce platforms. Swiss brands that want to remain competitive in the face of this new B2C power must be wholeheartedly committed to quality. 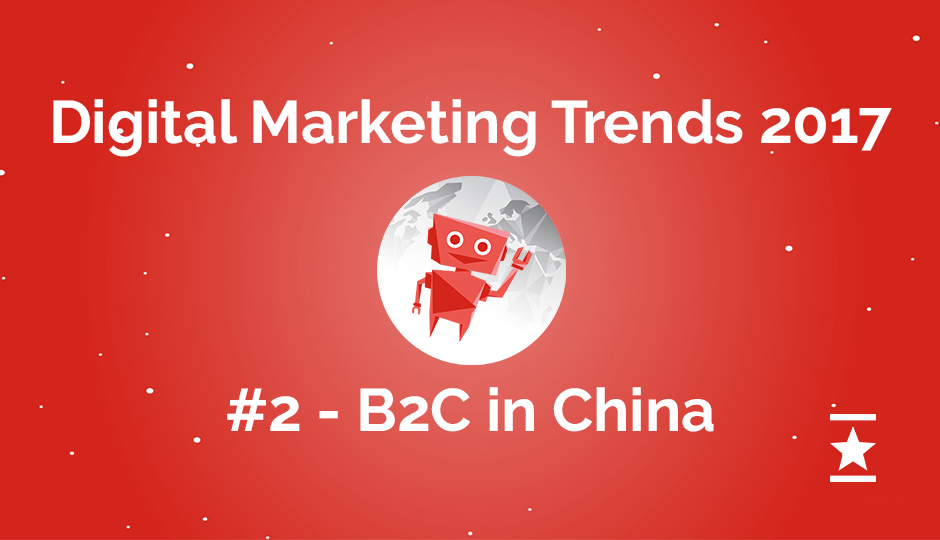 China has long been considered the workshop and main B2B trading partner of the West. After shedding its reputation as a center of cheap production some five years ago, China is now taking the next big step. In recent years, the world’s second largest economy has developed a new sector at lightning speed: B2C e-commerce. Steady growth in the number of internet users will continue to fuel the e-commerce boom in China in the years to come as the country evolves to become a leading B2C power.

Singles Day, for example, is the biggest shopping day of the year in China. In 2016, the Alibaba shopping platform sold 17.79 billion dollars worth of goods on this day alone! That translates to a shattering 12,150 transactions per second – 48% more than the previous year. By noon, Alibaba had already surpassed the previous year’s Singles Day sales figures, and the lion’s share of the products (82%) were purchased using mobile devices.

Apps play a major role in m-commerce. When they’re well designed, they can also be installed by users outside China. So, it’s no surprise that in the autumn of 2016, two of the top 10 e-commerce apps in Switzerland had already established B2C relationships with Chinese manufacturers: Wish and AliExpress.

This means that the Chinese B2C market will become more attractive to Swiss consumers thanks, among other things, to the exponential growth in packages sent from China to Switzerland. In 2014, 1.8 million packages were sent from China to Switzerland, with the figure increasing to 2.5 million in 2015. Volume is expected to increase to 8 million in 2016. 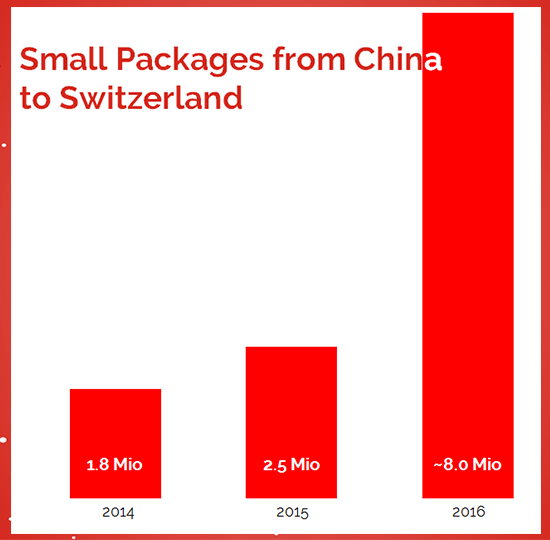 Chinese e-commerce platforms will continue to assert their presence in Switzerland. The number of small packages is expected to double to 16 million in 2017, since shipping fees will remain the same in the coming year. Companies that engage in a price war with Chinese brands will lose the battle and disappear from the market.

How can Swiss companies respond?

Chinese B2C platforms will continue to multiply. They are considered to be the new, internationally most influential competitors to the dominant US companies and local providers in Europe and Switzerland. The Chinese companies are putting the pressure on their competitors with low prices and an enormous product selection. How can local market competitors keep up? They can shine in exactly those areas where the Chinese players are (still) inferior: delivery times, and product and service quality.

Swiss companies seeking to break into the e-commerce market should do everything they can to beat out the competition in terms of quality – because they’re unlikely to win the price war. More specifically, this means investment in logistics operations, excellent service and warranty services, and proactive relationships with your customers. If you want to outdo the cheap competition from China, offer superior product quality and a branding that offers real value to your customers.

Find out about the next trend (3/5): Programmatic Advertising

Trend 1: Page speed as a key success factor on the web
Trend 2: China as a rising B2C power
Trend 3: Programmatic Advertising
Trend 4: Voice search becomes commonplace
Trend 5: Bots are getting down to work